Why dancing makes you happier – and smarter 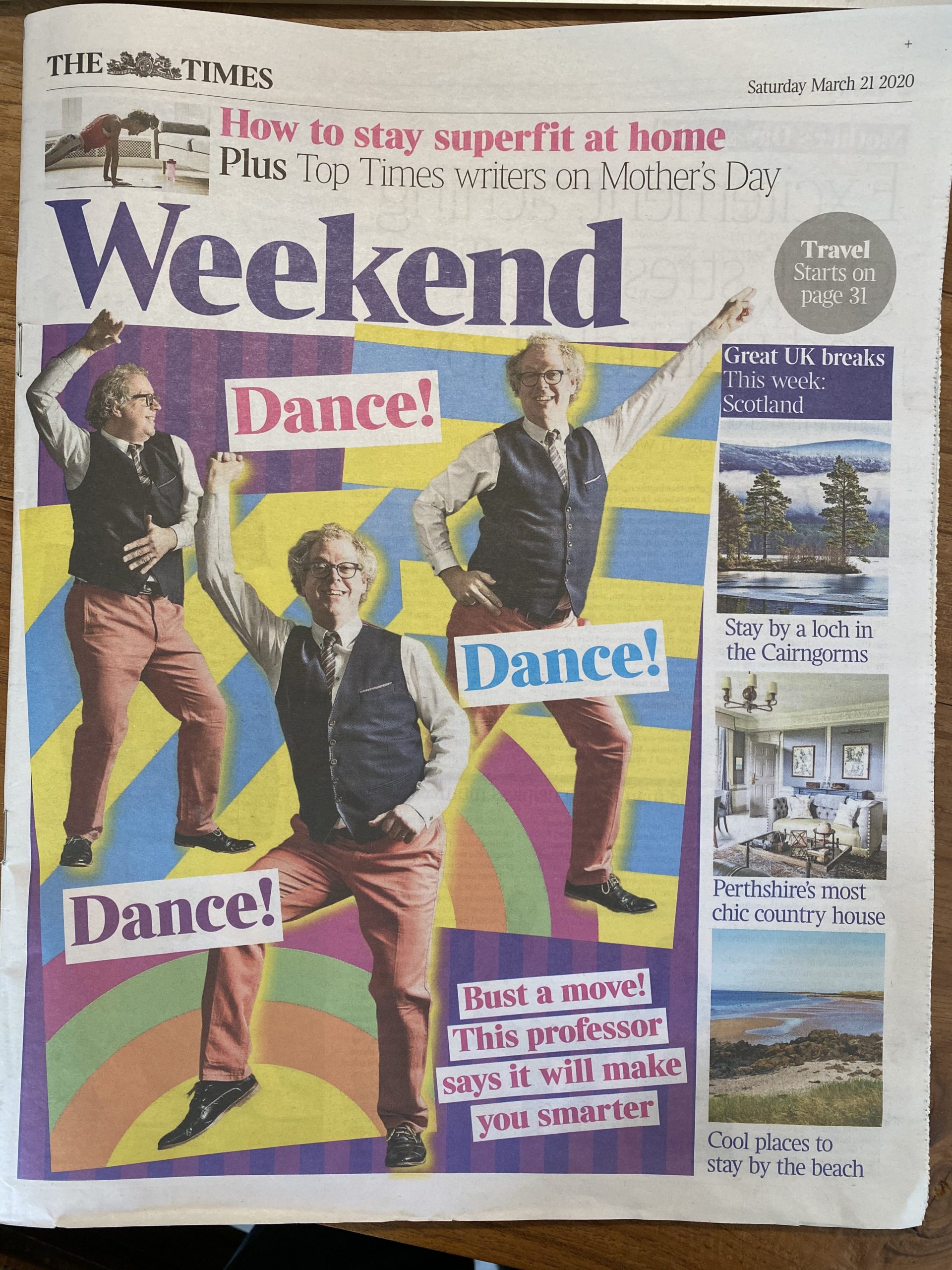 The Times ran an excerpt of my new book, The Dance Cure – the surprising secret to being smarter, stronger, happier, in the Weekend section on Saturday 21st March. They even featured some groovy images on the front cover. 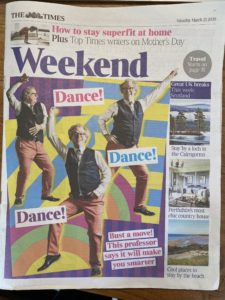 Read all about it on The Times online

The lovely print version includes an excerpt from the main text, lists my top ten favourite dance tunes, and gives a flavour of my Dance Prescriptions. 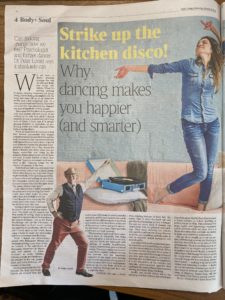 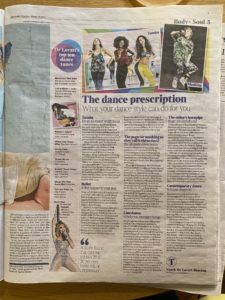 Released in the UK on the 2nd April, 2020, you can pre-order  The Dance Cure here

Here is a transcipt of the edited extract of The Dance Cure, which appeared in The Times on the 21st March 2020.

I hated school, but I was very lucky that my secondary school had a dance group. While other boys in my year were changing for football, I’d be squeezing myself into Lycra tubes and putting on jazz shoes. My classmates weren’t shy about orward to share what they thought of me: “Oi, queer, where’s your tutu?”

Creativity also gets a boost from dancing because of the three key elements. First, it raises the heart rate and gets the blood pumping; second, it changes the way we move; third, it changes our relationship with our physical surrounding. These three elements can activate our cognitive pathways to change the way we think, solve problems and take risks, as well as enhance spatial awareness and mental agility.

At my research lab I found that different types of physical movements affect our ability to think and solve problems in different ways. There are some problems, for instance, that hve just one correct answer, nd once you have the answer, that’s it: you’ve arrived at the solution. Then there are problems with potentially hundreds of correct answers. These multiple-answer problems require “divergent” thinking.

Released in the UK on the 2nd April, 2020, you can pre-order  The Dance Cure here

Share
Prev
What is the Dr Dance Happy Dance?
Next
What did the Royal Academy of Dance ask Dr Dance?