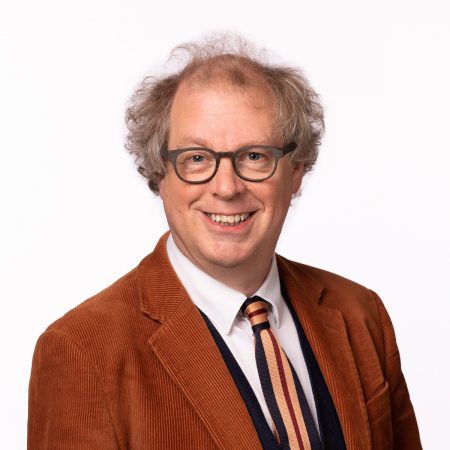 Peter has spent his life thinking about, teaching and writing about how humans are transformed by movement.

Dr Peter Lovatt is the co-founder of the Movement in Practice (MiP) Academy, a specialist provider of education in the psychology of movement and dance.

Peter spent twenty years working in university research labs. He set up the first Dance Psychology Lab in 2008, from where he studied how movement changes the way people think and solve problems, how it changes social interaction and increases pro-social behaviour, and how movement changes people’s feelings.

Peter’s new book, The Dance Cure, which was published by Short Books in the UK in 2020. The Dance Cure is being published in the USA by HarperOne, an imprint of HarperCollins

As a keynote speaker Peter Lovatt gives motivational and entertaining talks at corporate events and conferences. His sessions are perfect for energising the room. With a background in both dance and cognitive psychology, Dr Peter Lovatt takes you on a thought-provoking and entertaining exploration of the psychology of movement and how it affects uniquely human skills such as creativity and divergent thinking, skills that are important in education, healthcare and the workplace. [click here to go to Peter’s keynotes page]

From 2004 to 2019 Peter held the academic post of Reader and Principal Lecturer in Psychology at the University of Hertfordshire, where he set up and ran the Dance Psychology Lab. Peter’s expertise is in experimental cognitive psychology and his work on memory, thinking, mood, language learning, problem solving, dance and Parkinson’s disease has been published in peer-reviewed academic journals. [click here for a list of Peter’s academic publications]

Before moving to the University of Hertfordshire Peter was a senior lecturer at Kingston University (2001-2004), he worked in industry as a Principal Research Scientist at Vox Generation (2000-2001), held the post of Senior Research Fellow in the Faculty of English at Cambridge University (1998-2000) and was a Lecturer in Psychology at Greenwich University (1996-1998).

After overcoming a severe reading difficulty in his early twenties, Peter studied for a BSc (hons) in Psychology and English at the Roehampton Institute (degree awarded by the University of Surrey in 1993). In the same year he was awarded a national Science and Engineering Research Council (SERC) scholarship to study for an MSc in Neural Computation at the Centre for Cognitive and Computational Neurosciences at the University of Stirling (degree awarded 1994) and following this he was awarded a full university scholarship to study for a PhD at the University of Essex (completing in 1998).

Prior to taking his academic degrees, Peter was a professional dancer. He trained in dance and musical theatre at the Guildford School of Acting and worked as a dancer in musical theatre. Peter combined the study of dance and psychology in 2008, applying techniques from experimental cognitive psychology and neuroscience to develop a greater understanding of movement and dance. This work has led to a programme of research which examines the effect of dance and movement on the motor and non-motor symptoms of the neurodegenerative disorder Parkinson’s. [see reference list for articles]

Dr Lovatt’s work has been reported on TV, radio and in the national and international press, through which he has become known as Dr Dance. He has been invited to give many keynotes around the world and has delivered five TEDx talks (and dozens of TED-style talks). Peter has been invited to appear on many popular TV shows, including Darcey Bussell: Dancing to Happiness (BBC2), Strictly Come Dancing: It takes two, The Graham Norton Show, The Alan Titchmarsh Show, Big Brother’s (and Celebrity Big Brother’s) Bit on the Side, Britain’s Got Talent, and he has been interviewed on national radio programmes such as Saturday Live and Woman’s Hour (BBC Radio 4).

Peter has made two full length TV pilots in the UK and USA. He made Doctor Dance for Channel 4 (through Tiger Aspect) in 2012 and Doctor Happy for A&E network (through Brian Graden Media) in 2016. Peter has made three full length theatre shows: Dance Doctor, Dance (which premiered and ran for 23 nights at the 2010 Edinburgh Fringe), Inspired (which premiered in 2011) and Boogie on the Brain (which premiered before a UK Tour in 2018). Peter’s first academic book, Dance Psychology: The Science of Dance and Dancers, was published in 2018.

Peter has spoken at a wide range of international conferences, where he has addressed policy makers, business leaders and government ministers from around the world. In 2019 Peter shared keynote sessions with Oprah Winfrey, Barack Obama, Richard Branson and Geena Davis.